Tennis Court Construction Projects are Like a Box of Chocolates

You Never Know the Challenges You’re Going to Get, but Experience Solves Everything

The following projects involved irreparable damage, a total repurposing of the courts, adjacency to a pond and ridiculously tight access points. In the end, experience solved for everything and the results are nothing less than impressive. 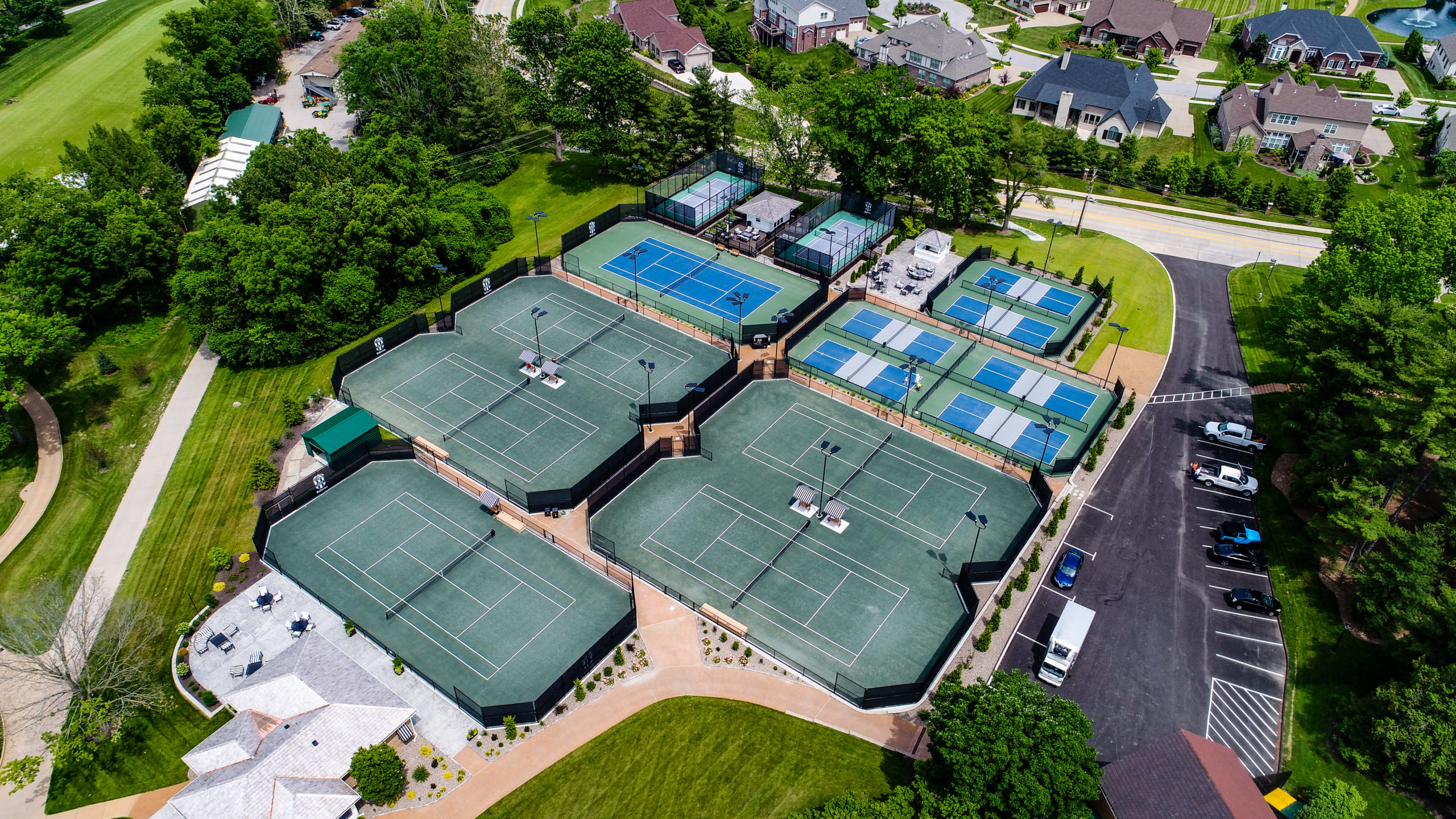 Bellerive Country Club hosted the PGA Championship in 2018, the 100th year anniversary. The existing facility was used as staging area, which resulted in irreparable damage.

One of the worst rain seasons on record plagued this tennis court and pickleball construction project. Not only did the weather make the project move slowly, it also brought unforeseen issues to the infrastructure. New drainage systems around the facility were needed and the constant use of pumps were required to keep the project moving forward. It was completed in October, 2019 and managed by Justan Vaughn, a Certified Tennis Court Builder (CTCB). 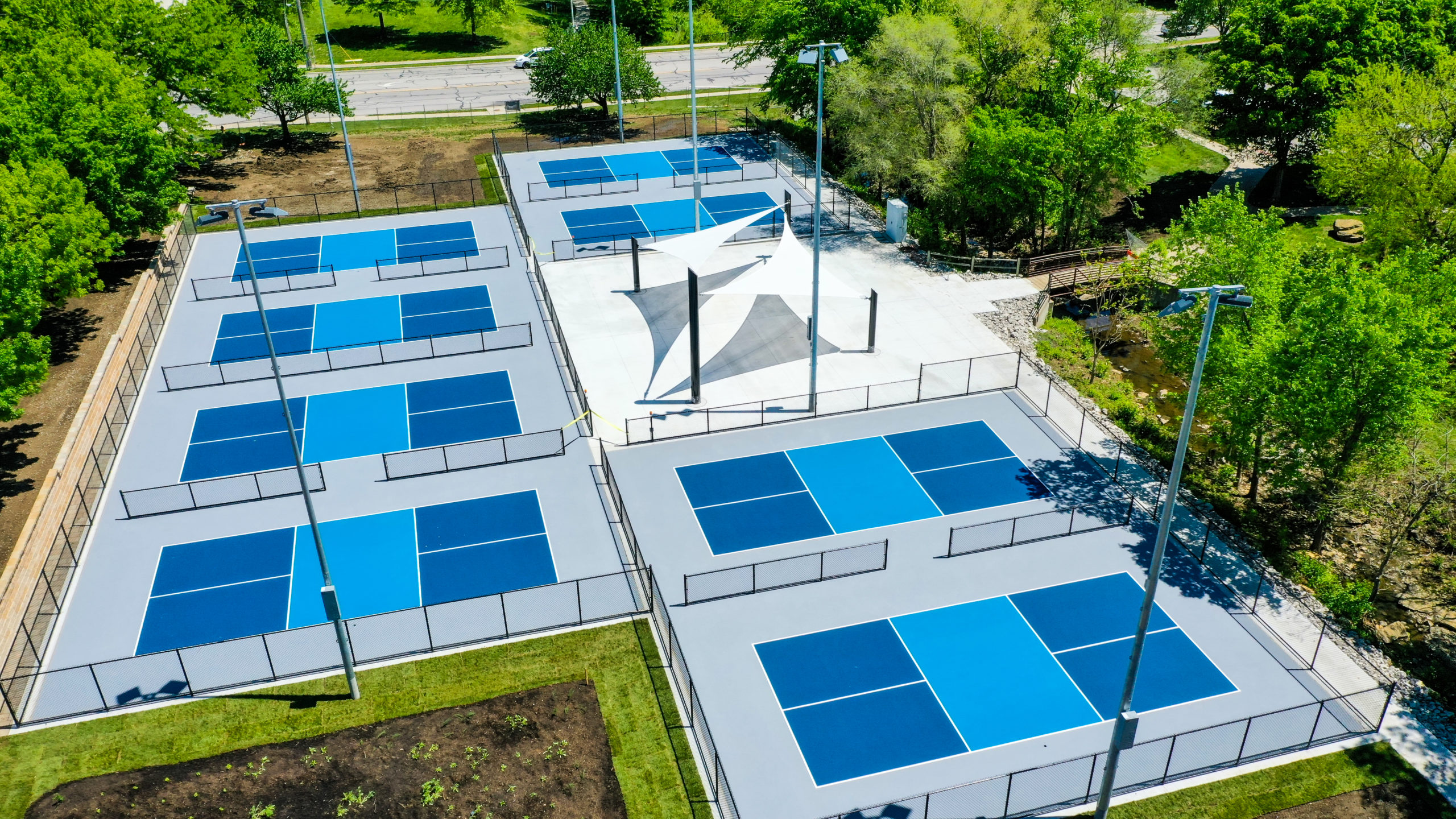 Lenexa Parks and Recreation commissioned McConnell & Associates to repurpose four existing tennis court facilities into a new six-court pickleball facility. This pickleball court construction project was unique in how we were able to redesign and use a portion of the existing surface to efficiently construct the new facility. This required a fair bit of creativity and technical experience in order to facilitate.

The site was particularly tight with an existing retaining wall right next to the courts on the north and an existing creek running courtside on the south. Our team had one access point on the east side. We had to plan ahead and work from the farthest point out, back to the access point from the demo stage to the final concrete placement. Once the slabs were in place, accessing the site’s far end to the west was a challenge and time consuming.

With the old courts in place and the new court slabs encapsulating the old court pavement, there was special attention to the demo layout to ensure there was no restriction with the shortening of the new post tension slabs and the old existing asphalt pavement. Foam void forms were installed between the existing asphalt pavement and the thickened edge of the new post tension slabs to prevent restriction. 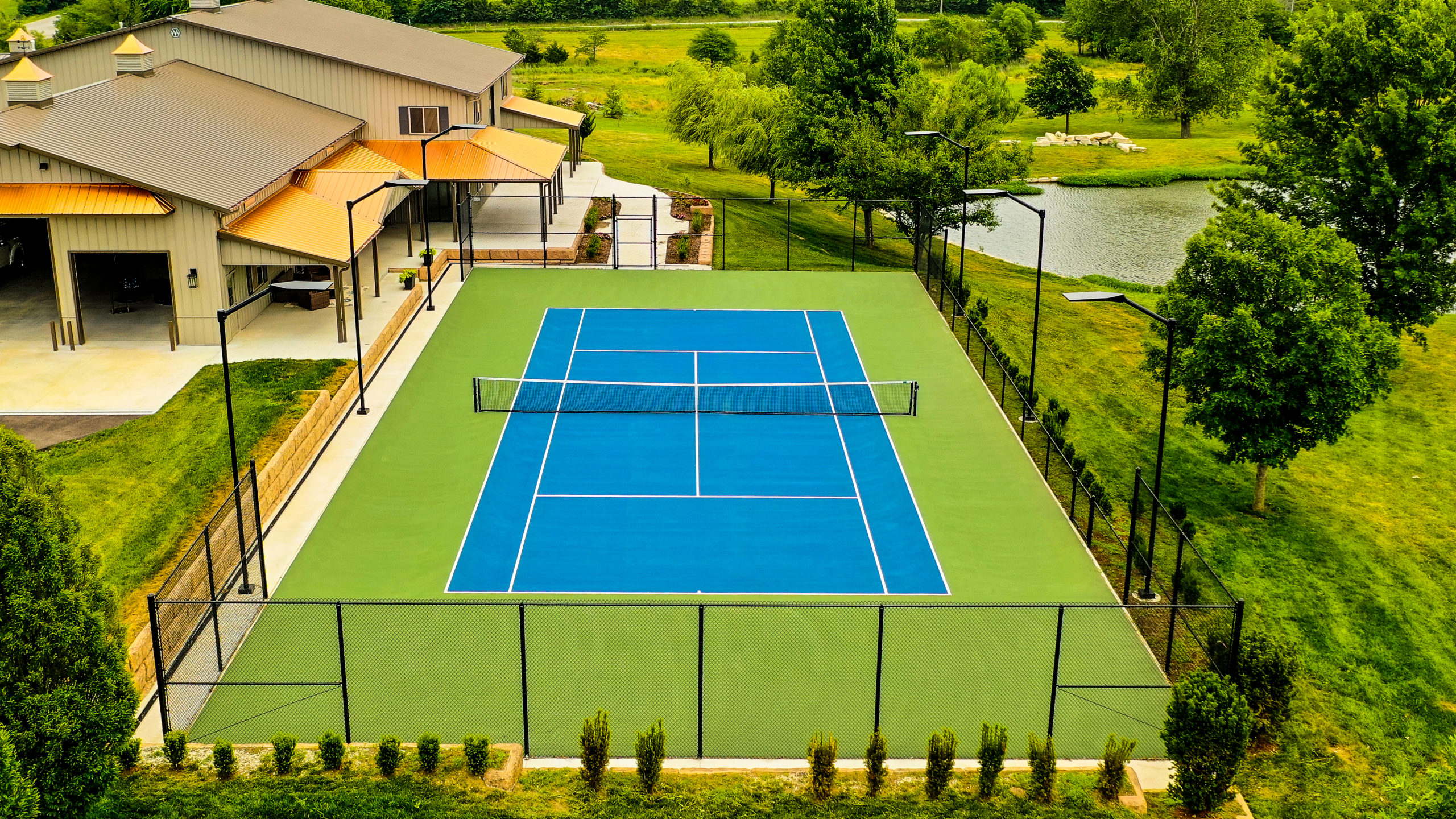 This residential tennis court construction was a special project because it was one where multiple segments of the business got to work on the same location (not at the same time). McConnell was commissioned to install an asphalt driveway throughout customer’s property, along with a high-end tennis court area.

The location of the court was difficult as it was cut out of the side of a hill with a pond at the bottom. A large barn is next to the tennis court. A lot of water has to run around or over the area where we installed the court. This makes quality construction preparation extra critical. Subsurface measurements and the slightest of slopes were both considered carefully. Necessary drainage and surrounding area erosion control were installed in order to add to this picture-perfect residential tennis court and property.

Certified Tennis Court and Track Builder, Mike Mehaffey, managed this project that was completed in July, 2020. 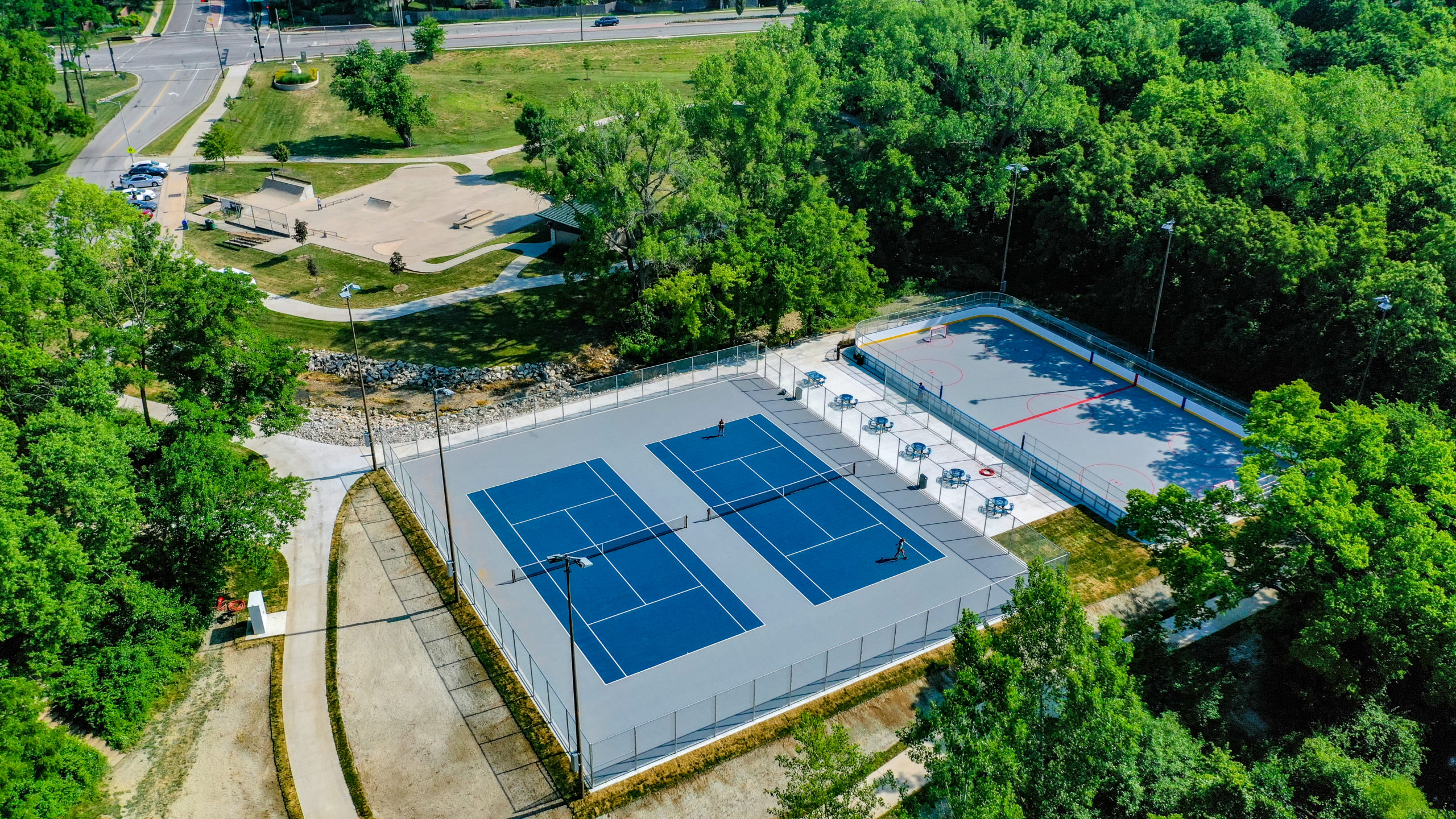 Once again, tight access points to the project area increased this project’s difficulty level. Also, the area is located in a valley with a large drainage area just off the surface location. Extra attention was paid to the immediately surrounding area sidewalk and landscaping. The subsurface was raised substantially to give adequate fall throughout the playing surfaces.

Though tricky, our team was excited to work on this site, considering the low number of roller hockey rinks in the area and our company’s close association to the sport. Shortly after the project’s completion the MAC Sports Men’s Ice Hockey Team won another Elite League Championship at Independence Event Center. Not to mention, our own Andy McConnell is the KU Men’s Club Hockey Team’s head coach.