According to the ASBA, “Projects are scored individually based on considerations such as layout and design, site work, drainage, base construction, surface, amenities, innovation and overall impression. Winning entries are those whose cumulative scores meet or exceed the standard.” 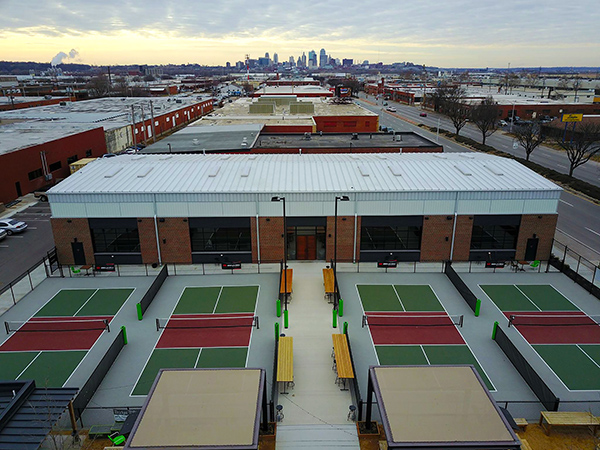 The ASBA awards are the latest of several that MAC has been awarded recently for its tennis court construction projects. The Tennis Industry/American Sports Builders Association’s Distinguished Facility of the Year awarded its Bronze Award for the College Boulevard Activity Center (CBAC) in Olathe, Kansas. The Concrete Council of St. Louis recognized the Tower Court Tennis Courts project with a Quality Concrete Award. MAC participated in the project, resurfacing not only 25 plexi-cushion surfaced courts at Melbourne Park, but also tennis courts at legendary Kooyong Stadium, former home to the Aussie Open, and courts in Adelaide, where tune-up events were staged leading up to the Open.

A variety of courts and surfaces, and the challenges they bring, require having the know-how that only comes from experience. MAC’s team’s expertise is decades in the making, so we bring ingenuity and award-winning results to every court project.